Circulating fluidized bed boiler technology is an emerging coal combustion technology in recent years. In the past 30 years, its application has developed from small boilers to supporting boilers with a capacity of 300 MW units. From a large number of practical applications, the CFB boiler has a good desulfurization function, the generation of NOx is relatively small, and it has the characteristics of good load adjustment ability, good fuel adaptability, and comprehensive application. At present, primary energy occupies the main function of the entire coal combustion, while the industry is dominated by coal power, and the quality of domestic power generation coal is crossed, so the large-scale circulating vulcanized boiler technology has strong practical significance for the development of power industry. 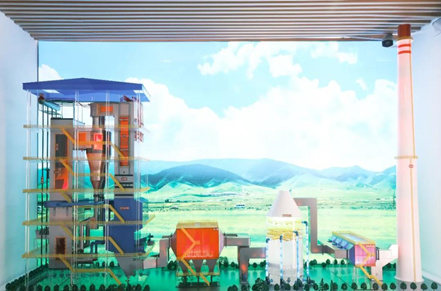 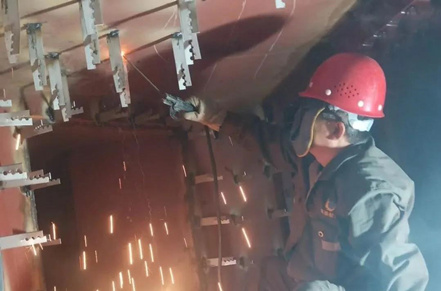 Due to the influence of factors such as the low-temperature combustion characteristics of circulating fluidized bed boilers, the concentrations of nitrogen oxides and sulfur dioxide are relatively small, the oxide generation temperature is generally around 1000 ℃, and the emission concentration (mass fraction) is controlled within 200×10-6. It is also difficult to achieve with pulverized coal and chain furnace, because the cyclic combustion makes the cinder without any carbon material and appears as small yellow-brown particles, so it can be used as a cement admixture to reduce the total slag output. Judging from the current domestic circulating fluidized bed boiler problems, they are mainly manifested in high-temperature separators, design settings, coking of material returners, wear of heating surfaces and refractory materials, and boiler exhaust temperature.

In view of the problem of poor fluidization, it is necessary to ensure that the small holes in the air distribution plate are unobstructed, and at the same time, the bed surface and the small holes of the hood must be cleaned. After operation, the air volume must be greater than the critical fluidized air volume. During the pressure increase and temperature rise, it is necessary to avoid clogging of the air cap inside the furnace, and at the same time control the coal particle size between 6 and 10 mm, so as to avoid adverse effects on the safe operation of the boiler. By controlling the content of coal-burning iron nuggets, and regularly removing large particles, so as to have a good fluidization. When adjusting the load, the wind cannot be increased or decreased sharply. For over-temperature coking, the bed pressure must be controlled first to avoid direct contact between the coal and the hood. When starting the ignition, it is necessary to reasonably control the oil gun and the air distribution so that the fuel can be completely burned, thereby avoiding unnecessary coking.

As an important energy source, coal reserves will be reduced if it is used in large quantities, and the large-scale pulverized coal boiler industry will be restricted. In fact, the circulating fluidized bed has good adaptability, is suitable for different fuel combustion, and at the same time helps the city to deal with garbage, so it will get government support, which is also the advantage of circulating fluidized bed boiler technology.