Phosphate castable refers to a castable combined with phosphoric acid or phosphate, and its hardening mechanism is related to the type of binder used and the hardening method.

The binder of the phosphate castable can be phosphoric acid or a mixed solution of aluminum dihydrogen phosphate produced by the reaction of phosphoric acid and aluminum hydroxide. Generally, the binder and aluminum silicate do not react at room temperature (except for iron). Heating is required to dehydrate and condense the binder and bond the aggregate powder together to obtain the strength at room temperature.

When using a coagulant, heating is not required, and fine magnesia powder or high alumina cement can be added for coagulation. When magnesium oxide fine powder is added, it reacts quickly with phosphoric acid to form, causing refractory materials to set and harden. When aluminate cement is added, phosphates with good gelling properties, water-containing phosphates such as monocalcium phosphate or diphosphate are formed. Hydrogen calcium, etc., cause the material to condense and harden. 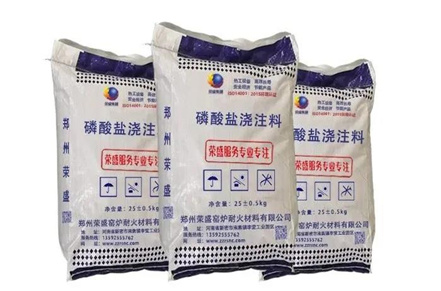 1. Process method to eliminate bulging
1) Difficult material
That is to say, about 3/5 of the amount of refractory aggregates and powders and cementing agent are mixed and mixed evenly, put into the silo or trapped material site, covered with plastic cloth to prevent the cementing agent from evaporating; at the same time, it must not be in contact with water, and the temperature should be greater than 15 ℃, let it stand for a period of time to make the cement fully react with the metal in the refractory aggregate and powder to release hydrogen.
2) Flushing, magnetic separation
Use porcelain ball mill to grind or use strong acid (such as hydrochloric acid, etc.) to wash the powder, and use magnetic separation and other methods to bring in or remove metal and other impurities.
3) Inhibitor
It is also possible to reduce the amount of cementing agent in the refractory material, or add some inhibitors to reduce the bulging phenomenon of the refractory castable.
2. Correct storage method
For large-scale construction and production of phosphoric acid and phosphate refractory castables by vibration molding and other methods, trapping is an effective and economical method, so it is widely used. After weighing the trapped material, add the coagulant and stir evenly, then add the remaining cementing agent, and continue to stir for 1 to 2 minutes before it can be used for molding. The trapping time is mainly determined by the chemical reaction speed between the cement and the metal contained in the refractory aggregate and powder, and the ambient temperature and other conditions. 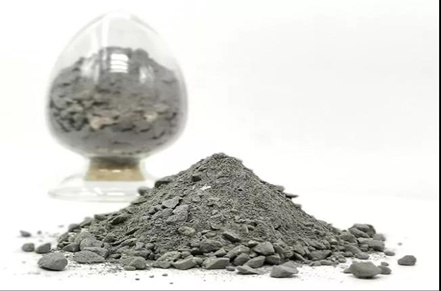 Although the binder in the phosphate castable does not react with the material itself at room temperature, it will slowly condense and harden due to temperature changes during storage or transportation or other environmental changes. If you need to store it for a long time, you can add it Retarders such as citric acid, tartaric acid, etc. to extend the storage time.

When phosphoric acid and phosphate refractory castables are stored or under low-temperature use conditions, white crystals will precipitate on the surface of the refractory castables. After chemical and X-ray analysis, "white hair" is the crystallization of aluminum salt and calcium salt. In the case of high temperature or long-term heating, the aluminum salt and calcium salt are transformed into insoluble salts, and the "white hair" also disappears. This phenomenon has no effect on the performance of refractory castables under normal circumstances. However, excessive precipitation will loosen the internal structure of the castable, reduce its strength, or even collapse, so care should be taken during storage or use.